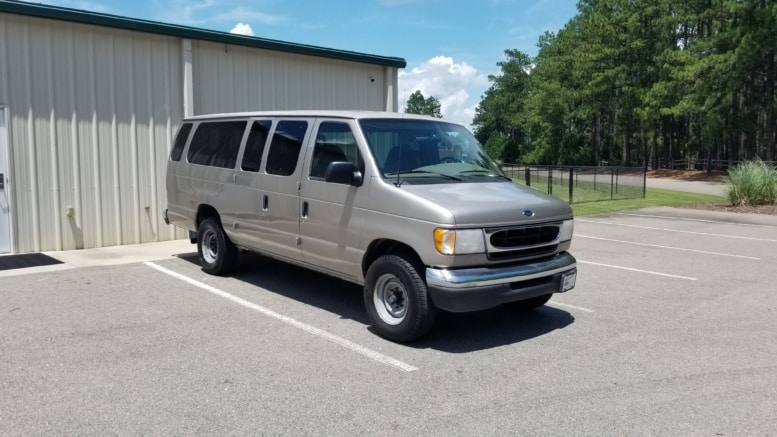 Just a few weeks ago, Josh Millard – Youth Pastor at Seven Lakes Baptist Church – took the senior high youth on a trip backpacking through the Smoky Mountains.  While there, they parked their church van at the head of the trail where they were instructed to leave it.

After several days the men came back to find their vehicle vandalized.  The van had been spray painted with obscene words, the tires were flattened, and there were dents covering it.

After filing a report with the park rangers, they were able to fix the van just enough for the five hour drive home.

When they pulled over at a Candor exit off of HWY 211, a man drove behind them all the way back to the church and was moved by the story of what had occurred.

The man, who worked for Montgomery Motors, asked to restore the van free of charge.  The van was repainted and restored better than it was before being vandalized.

The man, who wished to remain anonymous, just wished to do a good deed for the church.

Over 60,000 Meals Packaged For Rise Against Hunger