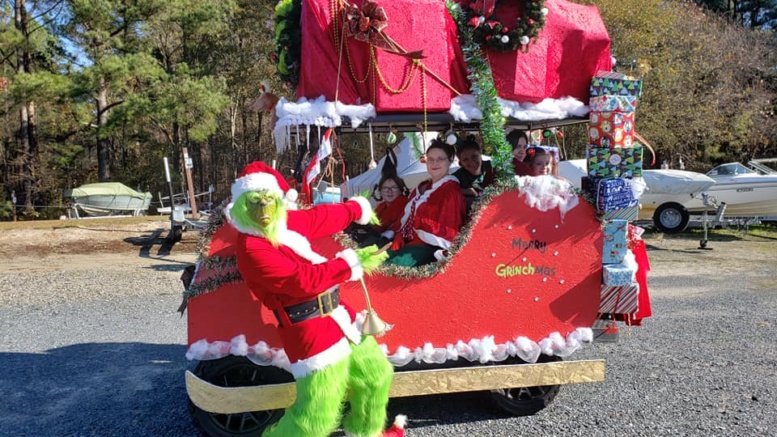 On Saturday, December 5th, Seven Lakes North hosted the annual Winter Holiday Golf Cart Parade. The parade began at 11:00AM and invited Seven Lakes residents to join in a bit of safe, socially distanced merry making to kick off the holiday season.

Participants decorated themselves and their golf carts with costumes, props, cardboard, tape, and more before gathering at Sequoia Point. Over the course of the parade, golf cart radios played Christmas carols and riders tossed candy to onlookers. Even the Grinch and his sleigh made an appearance this year.

The carts followed a pre-determined route around the community, starting with Firetree Lane and looping around side streets before making their way back to Firetree. Viewers could watch from the comfort of their own home, a neighbor’s lawn, or Sequoia Point.

For some, the event marked the rise of excitement as the community prepared for the Christmas season.

“The community really needed this,” said one onlooker, smiling beneath her mask. “It’s been a hard year, and little acts of community like this really make Seven Lakes a special place.”