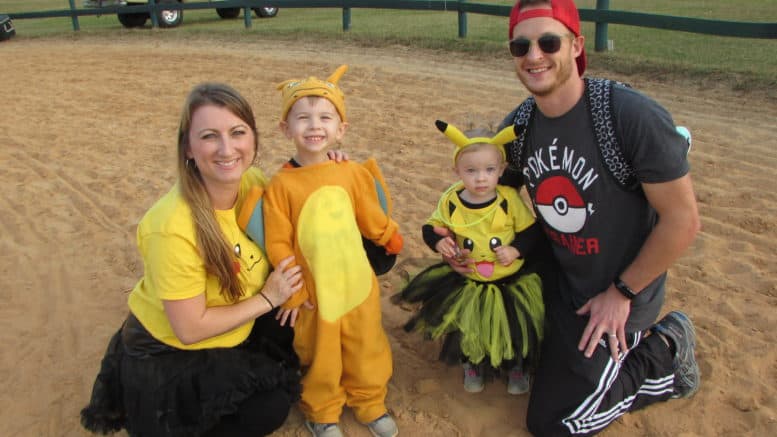 On Monday, October 31st, the Seven Lakes Recreational Committee hosted a Halloween party at the stables. 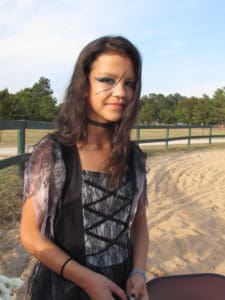 “Without her it wouldn’t have happened,” Ansley said. “I’ve been completely hands-off of this thing.”

Nancy Nolton has been a member of the Recreational Committee for nearly a year. She and her husband moved to Seven Lakes after buying property in the community seven years ago. In 2015 they decided to live in the community full time.

The event was a huge success, but Nolton admits she can’t take all of the credit.

“Sam [Baker] coached me,” Nolton said. “She [was in charge of] the barn and tractor and ponies.”

Baker, the Stables Manager, has been participating in the Halloween events for four years. She, stable hand Blake McCulloch, and stable volunteers decorated the ponies to make them picture perfect.

“[My favorite part is] getting all of the people from the community involved and having fun at the barn,” Baker said.
Nolton was also grateful for help from Linda Christy.

“I had a lot of help from Linda Christy,” she said. “It’s my first time being in charge. It would not have been what it [was] without her.” 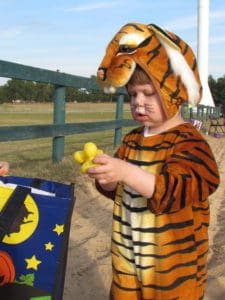 The community also supported the event. A table was set up with sweet treats to hand out to children and families.

Volunteers also helped to set up, host, and tear down games.

Lowes Foods participated in the event as well by donating water bottles which Co-Manager Sarah Hyatt and Communications Manager Elisa Muller who passed out.

The next Recreational Committee meeting takes place on November 14th, during which preparations will be discussed regarding the annual Christmas Party. Emails are also sent out, notifying residents of when volunteers are needed.

“We send out emails asking for people to volunteer,” Ansley said. “[With this event] the committee members and volunteers were willing to engage.”

What Does Your HOA Do For You?