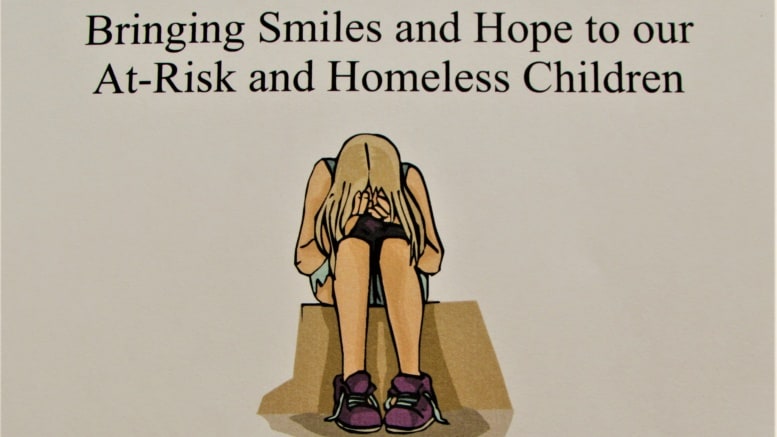 Ken Rahal is “Bringing Smiles and Hope to our At-Risk and Homeless Students.”

Two years ago after Rahal retired, he received a call from a friend who was the Vice Principal at Pinecrest.  She informed him that there were sixty-eight homeless students who were not fed on a daily basis.

Rahal called the Walmart General Manager and the Food Lion Manager at the Plaza in Southern Pines.  With their help, he was able to provide a pick-up truck full of food for the students.

He had already made an impact, but he chose not to stop there.  Within one months’ time, Rahal was helping 372 students from Pinecrest, Union Pines, and North Moore high schools.

This program is now called Sandhills Students Assistance, Inc., doing business as Matthew 25:40, currently a tax-free charity organization.  The Bible verse states, “The King will answer and say to them, ‘Truly I say to you, to the extent that you did it to one of these brothers of Mine, even the least of them, you did it to Me.’”

The program is run by a board of directors consisting of ten individuals, two of which are principals – one from Aberdeen Primary School and another from Aberdeen Elementary School. 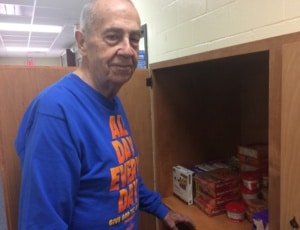 Today, Matthew 25:40 is in nineteen of the twenty-two schools in Moore County, serving 1522 students on a daily basis with help from Food Lion, Harris Teeter, Walmart, and Aldi.

Each school has pantry for these students to take food from.  When they arrive at school hungry, they receive permission from a teacher or counselor to visit the pantry.  They may also go to the pantry after school and take food home in their backpacks to eat at home.

Rahal never knows which children are being helped through the program due to confidentiality.  Children are given help through the school’s social worker.  He takes inventory of the schools’ pantries every week, and restocks it within twenty-four hours.

Now that students are being fed properly, they are able to focus on their education.  Scholastic standing has improved since the start of the program.

In addition to food, clothing and shoes are also provided to students who need them.  All items of clothing are new.

“Children are the future,” Rahal said.  “Just because [they’re going through a hard time] doesn’t mean they need to feel second-class.”

Last year Rahal was working at Habitat for Humanity when he received a message to return someone’s phone call.  He thought it would be related to Habitat, but the call went in a different direction.

The message had been left by the Vice Principal of a high school in Knoxville, Tennessee.  She was concerned for the students at the school who were not being fed properly.

When she researched programs online, she found Matthew 25:40 and called Rahal for help.  They spoke over the phone on a Tuesday.  By Friday, Rahal was in Knoxville.  Today Matthew 25:40 is going full force at the school.

Rahal is currently overseeing the start the program in Rockingham and Georgia.  He will be traveling to Georgia this month to discuss helping students in Gwinnett County – the second largest county in Georgia.

There are other ways that the program has met the needs of families and students besides food and clothing, such as purchasing beds for children who were sleeping on the floors in their home and purchasing medication for a child when his family could not afford it.

Rahal also helped three seniors last year, two from Union Pines and one from North Moore.  The students expressed that they could not attend their own graduation ceremony because they could not afford their caps and gowns.  Rahal ensured that all expenses were paid, and the students all graduated – two with honors.

He was also contacted last year by the coach and principal of North Moore concerning a student who needed a special diet.  The student was offered full-ride scholarship offers from seven different colleges due to his performance in football.  The only problem was he needed to lose a substantial amount of weight in order to play.

Since his family could not afford the necessary diet, the program was able to provide the necessary meals for a year, and training was provided for him at the school.  The students has lost over 161 pounds to date and will be graduating with honors in May.  He plans to attend North Carolina Central University.

Mathew 25:40 is sponsored by the Rotary Club and United way.  Rahal has a meeting with the Seven Lakes Kiwanis Club this month to discuss the possibility of them becoming a sponsor.

Rahal also works with the help of Chapel in the Pines and is currently looking for more local churches to help with supplying and transporting food to the schools.  He drives about 100 miles every day in support of the program.

“I wouldn’t do anything else,” he said.