PINEHURST – Late last year, Mary Hubbard, 74, of Robbins, learned she had a serious lung tumor, one that needed attention. Two specialists recommended surgery, to remove either part or all of her left lung. But her team of physicians at FirstHealth Moore Regional Hospital wanted to avoid such a drastic measure. Because of their work with a new, high tech device, they succeeded.

“FirstHealth was one of the first of only five facilities in the country to use this device,” says Michael Pritchett, D.O., medical director of the Chest Center of the Carolinas and board certified pulmonologist with FirstHealth Moore Regional Hospital and Pinehurst Medical Clinic. The equipment is the Medtronic CoreCath Electrosurgery Radiofrequency Catheter. “It’s absolutely on the forefront for treatment of central airway tumors, both benign and malignant.”

Hubbard had a blockage the size of a marble in one of the main airways of her lung.

“If left untreated, the growth could enlarge and spread, and she would also be at risk for pneumonia and possibly a higher-grade cancer,” says Dr. Pritchett. “Taking out the lung is a riskier procedure, as well.”

Life with only one lung would have been a significant change for Hubbard, since it could cause shortness of breath when doing normal activities. Hubbard spends a great deal of energy caring for relatives in and around her home in Robbins, so that was something she and her physicians wanted to avoid.

“They wouldn’t let things sit,” says Hubbard, referring to her physicians, including Dr. Pritchett and William Kitchens, M.D., cardiac and thoracic surgeon at the FirstHealth Cardiovascular & Thoracic Center at Reid Heart Center in Pinehurst. “Knowing my age and what I was up against, they kept going for other choices, trying to find another way to remove the tumor.”

So, instead of major surgery to remove the lung and a week’s hospital stay to recover, her physicians removed the tumor using the Medtronic equipment they had recently purchased. The procedure lasted only one hour.

Dr. Pritchett used a bronchoscope through the mouth and throat to reach the lung, instead of traditional ‘open’ surgery of the chest. Once in position, he used heat generated from radiofrequency energy to remove the tumor.

The device also combines several important features to remove tumors in the airway. Removal without it would require multiple pieces of expensive equipment that are only available at specialized academic medical centers, and farther away from Hubbard’s home.

“I had no after effects from surgery – and I needed very little recovery time,” she says. “It was so easy; I was home the same day.”

In addition to helping her avoid removal of her entire lung, this procedure also helped her avoid radiation and chemotherapy – all while remaining near home for care.

“Often, you don’t hear from your doctor until the day of your appointment or a when you arrive for a procedure,” says Hubbard. “But my doctors at FirstHealth treated me like family. From the time I first saw them for this problem in November until I had the procedure in January, my doctors kept me and my family informed. That showed us they cared, and it gave me confidence that they were doing what was best for me.”

Hubbard also recently learned the results of her latest follow up test: there is no evidence of any tumor cells remaining.

For more information on services provided at FirstHealth of the Carolinas, visit www.firsthealth.org or call (800) 213-3284. 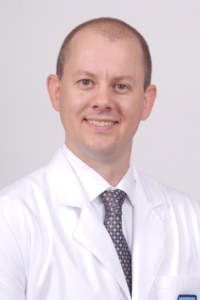 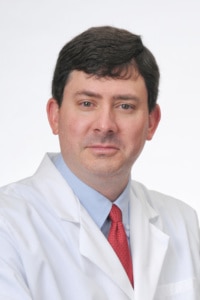 Reversing the Path towards Diabetes