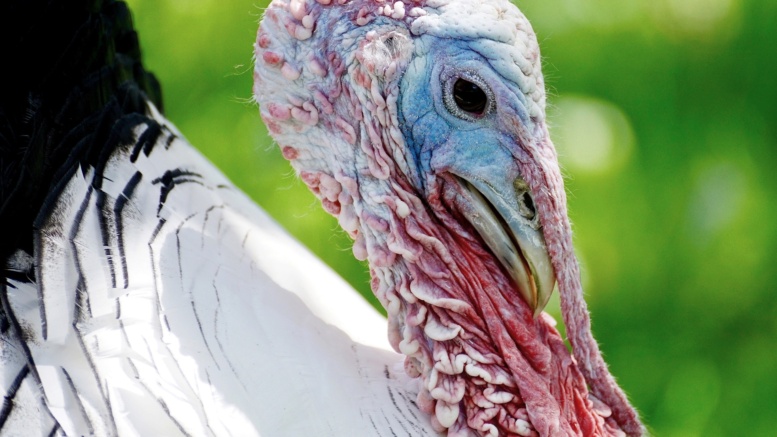 Every year shortly before Thanksgiving, the White House hosts a National Thanksgiving Turkey Presentation in which the President is presented with a live turkey from the National Turkey Federation.

This ritual of presenting turkeys to the President’s family began in the 1800s.  The turkeys would then be prepared and served for Thanksgiving.

While the Turkey Pardoning is a recent tradition, it is not the first instance of sparing a turkey’s life.

In 1863, Lincoln’s son, Tad, asked that the turkey’s life be saved.  Lincoln observed his request, and the turkey was allowed to live that Christmas.

This was the same year that Lincoln proclaimed the national holiday of Thanksgiving during the height of the Civil War, encouraging the country to set aside a day to be thankful.

In 1963, President John F. Kennedy was the first president to have a documented case of “pardoning” a Thanksgiving turkey, allowing him to live.  The turkey was presented with a sign that said, “Good Eating Mr. President.”

Despite presenting the bird with the intention of the president consuming it, the turkey was allowed to live.  Kennedy’s exact words were, “Let’s keep him going.”

George W. Bush formalized this event of pardoning the turkey during his first presidential year.

During his term in 1989, this act of pardoning turkeys became a tradition, and every president since has done so every Thanksgiving season.

It is said that animal rights activists were picketing nearby when President Bush gave his pardon, allowing the turkey to go on living.

When President Obama was presented with the turkey from Goldsboro, North Carolina named Courage back in 2009, he said that it was thanks to his daughters Sasha and Malia that the turkey was spared.  They had requested that he pardon the turkey.

Courage then went on to live a life of “peace and tranquility” in Disneyland.

Obama also pardoned a second turkey, Carolina, at the request of his daughters.

As in recent years, the chosen birds stayed at a hotel in Washington during the event.