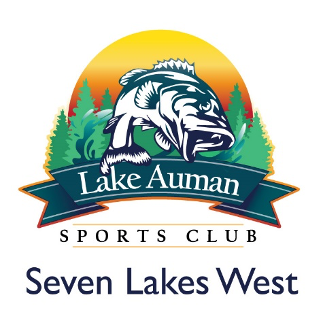 After missing a year due to the Covid-19 pandemic, the annual Lake Auman Sports Club’s Spring Team Bass Tournament took place on Saturday, May 29, 2019 on Lake Auman.  Fifteen anglers made up the six teams that participated in this four hour catch and release event with prizes awarded to teams with the heaviest total weights for the day and to individuals for the largest bass caught.

The weather cooperated but the fish did not.  Overall, there were fewer fish caught than in past years and the fish that were caught were smaller on average than in the past. At the end, the top three teams were all within a pound of each other and only an ounce or two separated the three largest bass caught.

First place honors went to Chris Hellmer, Bill Poore and Erik Moore with four fish caught with a total weight of 9.0 pounds.  In second place on the leader board were Ken Chappell and Evan Chapell, who finished with three fish totaling an even 8.0 pounds.  In third place, was the team of Greg Lynne, Tyler Hubert and Brent Hoshal with three fish weighing in at 7.9 pounds. The big bass prizes went to Ken Chapell for catching a 3.30 pound bass, Tyler Hubert for a 3.28 pound bass and Rick Smith weighing in the third largest bass at 3.13 pounds.

Participating anglers always enjoy the picnic luncheon at Johnson Point following these bass tournaments and this year was no exception. Charlie Flinchum set up the luncheon and was assisted by Bob Long, Stan Makson and Don Smith. Bill Eisal and Jim Pierman officiated the weigh-in using the Club’s new tournament scale.  With such a close contest, the use of  the new scale was reassuring that the weights were accurate and the rankings correct.

The Lake Auman Sports Club bass tournaments are held each year in the spring. For questions and additional information about them or the Sports Club, contact the tournament organizer Don Smith at donbsmith@gmail.com.