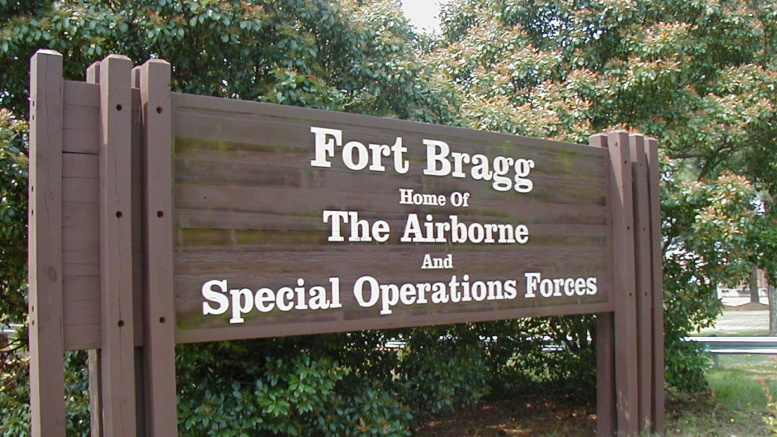 Fort Yarborough, Fort Robinson, Fort Sandhills and Fort Liberty are just four names from a lengthy list of potential options being considered for the anticipated renaming of Fort Bragg.

The 2021 National Defense Authorization Act, passed by Congress last year, mandates the modification or removal of names that commemorate the Confederate States of America or any person who voluntarily served with the Confederacy. The initial focus is on renaming several major military posts including Bragg.

Fort Bragg was originally developed as an artillery training camp during World War I. The then-temporary camp was named after North Carolina native Gen. Braxton Bragg, a Civil War Confederate officer. Camp Bragg later became home to the North Carolina National Guard and was renamed Fort Bragg in 1922, when it became a permanent military installation.

The Fort Bragg Naming Commission was formed to recommend names that exemplify both U.S. military and national values, with an eye specifically on gaining feedback and insight from community members on Fort Bragg and surrounding communities.

U.S. Rep. Richard Hudson, whose current district includes Fort Bragg, has said that any naming decisions should be made at a local level.

“This is a very tough issue for many in our community, and I appreciate that there is a lot of passion on both sides. Now is the time for our community to come together. We need to respect one another and listen to one another. We can let this situation tear us apart, or we can use it to bring us together,” Hudson said in a statement issued last month.

An electronic survey recently launched by the Fort Bragg Naming Commission includes 17 potential names. Respondents may also submit their own suggestions that appropriately reflect courage, values, sacrifices and diversity of today’s military men and women, according to the Commission. Consideration will also be given to local or regional significance of names and their potential to inspire and motivate service members.

“Whether you agree or disagree, Braxton Bragg’s name will be removed from the base. Despite my belief that we should remove his name, I recognize the name Fort Bragg has meaning that transcends Braxton Bragg,” Hudson stated.

During a Renaming Commission meeting held Aug. 11, he noted several names were suggested, including Edward S. Bragg, an accomplished Union General in the Civil War who later served four terms in Congress, among other achievements.

“There is precedent for a community coming together to replace an obscure but controversial name with a more positive choice with the same last name,” Hudson said, citing King County, WA, which originally recognized William King, a slave holder, but was more recently renamed in honor of Martin Luther King, Jr.

Some of the other potential standout nominations from the Fort Bragg Naming Commission Survey are:

Fort Yarborough: In honor of Lt. Gen. William P. Yarborough, considered the “father of the Army’s special forces.” He left a mark in airborne, psychological warfare and special operations. His other contributions to the Army include tangible impacts such as the Green Beret, the Yarborough Knife, and the Parachutist Badge.

Fort Sandhills: In recognition of the six countywide area around Fort Bragg known for its long leaf pines, sandy soil, and a unique history.

Fort Liberty: Connects with the U.S. Army Special Operation Command’s motto “De Opresso Liber,” which is translated from Latin as “To Free the Oppressed” and the second stanza of the 82nd All-American song.

To participate in the online survey, visit the Fort Bragg Naming Commission Facebook page at https://www.facebook.com/fbncgarrisoncmd