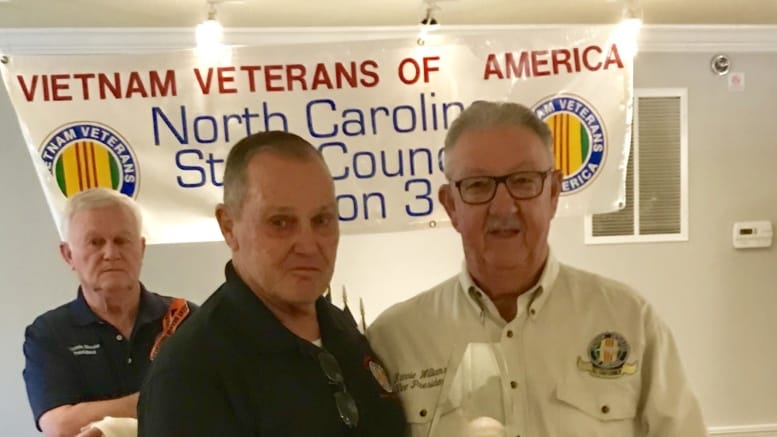 Post Views: 1,160
The Linwood Lang award is the North Carolina Vietnam Veterans of America State Council’s highest and it is awarded for outstanding and exemplary service to Veterans and the community. The purpose of the award is to recognize those members, associates or individuals who have demonstrated a sincere commitment to ideas, missions and goals of The Vietnam Veterans of America.
The 2017 award recipient is Seven Lakes West resident: LTC William (Bill) E. Carl, (ret.), who had a distinguished 28 year military career in the U.S. Army in Intelligence and Special Operations.Bill and his wife, Sandi, (AVVA) are charter members of the Moore County Vietnam Veterans of America Chapter 966, founded in January, 2006.Both Bill and Sandi have distinguished themselves as Chapter 966 Veterans Outreach Chairs working with many local Veterans Service Organizations. In addition to his Chapter 966 responsibilities, Bill also devotes about 40 hours weekly helping many Veterans through Military Missions In Action (MMIA) and is also a member of Military Officers Association of America (MOAA).
The members of Chapter 966 and our community congratulate and “thank you” for all you do for our area Veterans! 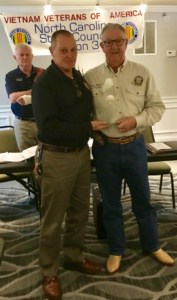 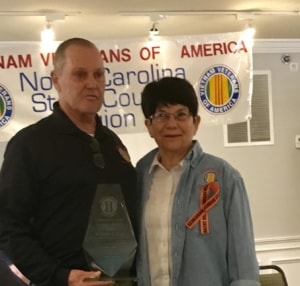 Vietnam Veterans for America Placed 250 Flags in Honor of Soldiers

Freedom Is Not Free – May 27th 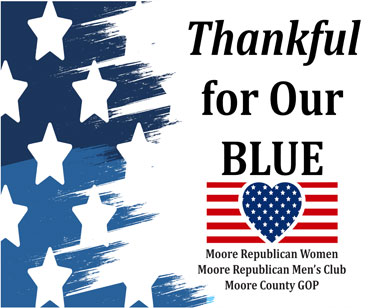 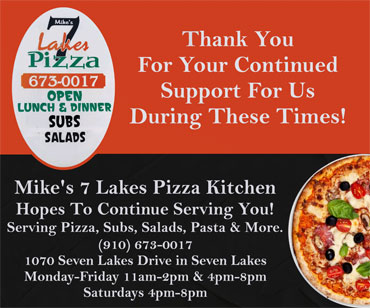 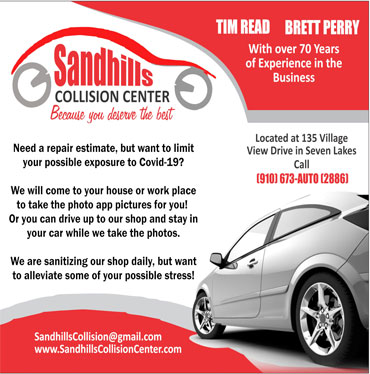