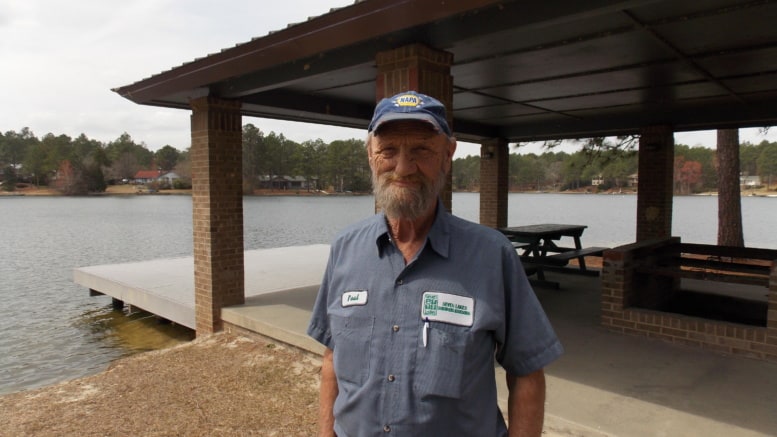 The following was written and submitted by Don Fentzlaff.

One of the most familiar faces Seven Lakes has come to recognize is that of Paul McInnis, who has pretty much been the face of our Maintenance for over 19 years.

Paul was born at the Pinehurst Hospital, as it was known, back in 1955. He has lived about three miles from here, in Jackson Springs, ever since.

He grew up and went to school here, and helped his Dad and Mom run their 40 acre family farm as a child. They grew cotton, tobacco, peas, and other produce.

He enjoyed the country life, and hunted and fished all the local fields and streams throughout the area, including what was to become Seven Lakes. He was one of five children.

After graduating high school, Paul married his sweetheart, Barbara Ann, in 1974. He worked for Foxfire Country Club for 11 years, before working at a saw mill in Eagle Springs for a year.

He then went on from Candor, to Asheville, and the coast building feed mills using skills he learned in high school, such as welding and fabrication.

He also learned concrete construction and other commercial applications, but got tired of having to be away from home for long periods, while he and his wife were raising their two children, daughter Catherine, and younger son, David.

Catherine still lives locally and works at an electric company, and David son works in IT out of Greensboro. Paul’s wife, Barbara Ann, has been in the home health field for over 40 years. 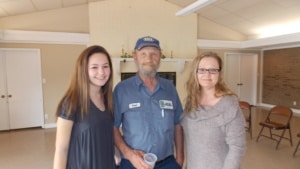 After working a year as a maintenance man at Pinehurst Country Club, in 1998 Paul began work in Seven Lakes as one of the lead maintenance men. He received his NC Pesticide EAL License, and was approved in Core, aquatic, and ornamental and turf chemical treatments.

He learned much about of the three and a half square miles, 26 miles of roads, and numerous public buildings in this fast-growing Moore County community.

Paul wanted to retire here and had two-and-a-half years to go before he could.

Unfortunately, financial and manpower constraints determined that our Board of Directors could no longer continue paying an internal maintenance department and disbanded it as of March 31, 2018.

A reception was held for Paul on Thursday, March 29th at 2:00PM to honor his years of service.

Unfortunately, Paul’s health, particularly his knees, have not been good in the last few years, and this past February he had to have cataract surgery on one eye.  He is scheduled for the same surgery on the other eye in May or June.

To help Paul with these expenses, a gofundme.com account has been set up in his name, and anyone that knows Paul is welcome to contribute to defray his upcoming expenses https://www.gofundme.com/Paul-McGinnis.