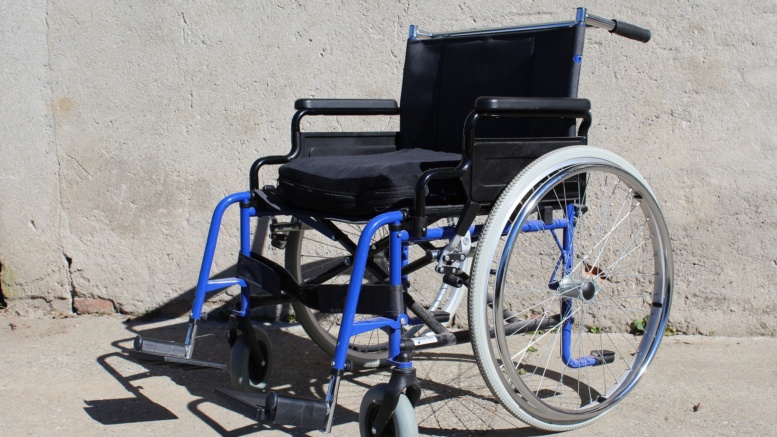 While walking an elderly’s neighbor’s dog, Christine fell from a retaining wall onto concrete. The three-foot, solid drop resulted in Christine breaking her tibia, her fibula, and her shoulder in three places, all on her right side.  Due to this, she cannot use crutches or a walker and the injuries sustained from the fall ended up leaving her bedridden for weeks.

In 2018, Christine slipped on a hole that was covered by pine straw, which resulted in another serious break in the same leg, right below the current break. After this most recent surgery, Christine’s doctors observed softer bones that lead to breaks more easily.

“It’s difficult because at this point I don’t know what insurance is going to cover,” stated Christine. She fears that the injuries will leave her unable to carry out her part-time job at the Seven Lakes North Landowners Building for months. While she was previously able to work twenty-five to thirty-five hours a week, she is currently unable to work at all and for at least the next three months.

“My job requires me to go in and out of the building a lot. I have to go up and down steps and do barcodes on vehicles,” she explained. “There’s no way I can go back without the use of my arm or leg.”

Christine had been working with FirstHealth in Troy, and was approved on a day by day basis. She has been taking measures to work on articulation and strength building at home, but her leg is currently only toe-touch bearing in that she can put her toe to the ground, but not put any weight on it.

A rod was put from the top of her knee to the bottom of her ankle in the tibia and right ankle on the left side where fibula has not been operated on. Until medical professionals can determine that the bone has fully healed, they will not allow it to be weight bearing. They opted not to operate on the shoulder, hoping it will stay in alignment without surgery.

Unfortunately for Christine, she cannot take any medication for the pain as she experiences severe reactions. As it stands, she has been taking Tylenol and utilizing a pain patch for her ankle, where she started experiencing shooting pain.

“My day can be going perfectly fine, then boom. Back to square one,” described Christine. “I’m not used to being totally dependent on others.”

Every day has been a challenge for Christine, and she admits it has been frustrating to feel stuck in a small room. In spite of all the challenges she has faced thus far, Christine is hoping for a full recovery. She remains optimistic and is ready for her life to return to normal.

Christine is currently at a friend’s house in Seven Lakes to recover since her own home has stairs that she cannot climb.  She is in a wheelchair doing therapy and will soon be doing physical therapy in Fayetteville as it is all her insurance covers in the area.  Her insurance also does not cover her pain patches.

Like most, Christine wants to be as independent as possible, and hates for folks to go out of their way for her.  However, if community members would like to offer any help, they are free to email Christine at ryankevinchris@msn.com.