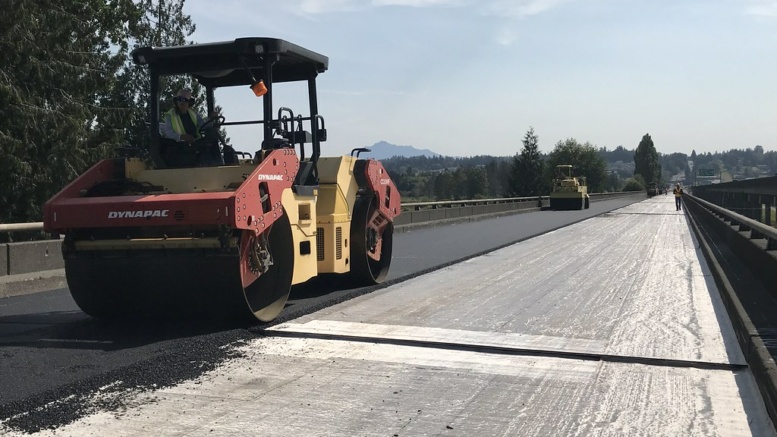 Two years after Uniform Paving failed to perform the road repairs it had been contracted for, the company is returning to Seven Lakes North and South Sides to finish the job.

On Aug. 2, paving crews are scheduled to begin recoating the uneven asphalt with fresh chip seal, made of smaller aggregate and applied in accordance with state standards. This means a smoother road and less loose debris and aggregate lying around afterward.

To ensure the work goes as planned, Summit Design & Engineering will be surveying the project from beginning to end. The SLLA also intends to hire SDE in the future to create a road maintenance plan, in hopes that it will be the most cost effective option for the community.

Members of the ad-hoc Road Repair Committee have pursued this outcome since 2019. One of the leaders in the effort was previous Facilities Director Conrad Meyer, who continued to contribute to the effort as a consultant after his office term ended.

Last fall, waters settled and revealed that a lawsuit brought by the association had been successful.

“We are happy to report that the legal process has resulted in a contract for the repair of the roads at no cost to us,” wrote Meyer in a recent SLLA email newsletter. “Even the cost of supervision by Summit Design and & Engineering will be Uniform Paving’s responsibility.”

“We’ve got 26 miles of roads,” said Bruce Runyan, president of the SLLA. “Roads and dams are the most expensive things in Seven Lakes. I think the resolution with the company and the work being completed as it was supposed to be, and overseen by the NCDOT, will go a long way to satisfying people.”

Runyan explained that in 1978, when the first lake was dug and the earliest Seven Lakes houses began cropping up, roads followed in the same pattern. As the neighborhoods expanded, so did roadways. Because of this, the paving in certain areas is older and needs attention sooner.