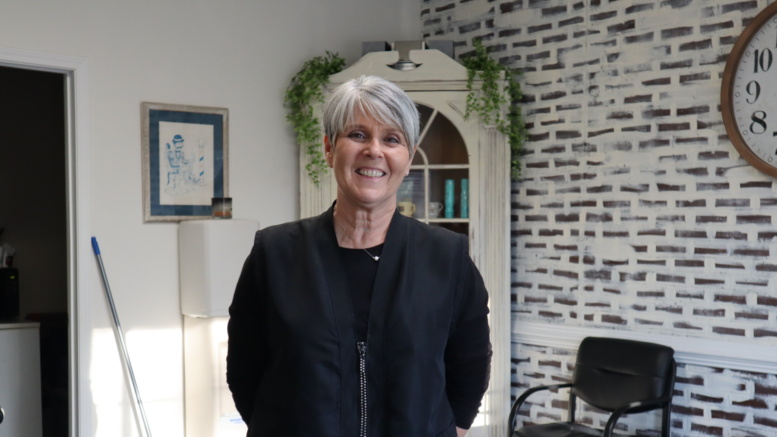 Over the years, Cody has watched the West End community grow and change from her shop on the corner of MacDougall Drive. In total, she’s been a hairdresser in the West End area for 25 years.

Though not a resident — she grew up in Rockingham before eventually settling in Pinehurst — she’s more familiar with many West End and Seven Lakes residents than most members of the community will ever be.

“I love the people here,” said Cody. “You find out things about them, their children, where they came from.” Over the years, she’s gained a loyal clientele.

Before Cody had her own shop, she’d been working at another local salon just down the road from her current location. Eventually the stylist was ready for more independence, and in 2006 created the snug, tidy space that became a new mainstay for anyone in town wanting a cut, trim or color.

Typically, Cody has one other stylist working by her side. Currently, that person is Mirae Kirk, and their partnership is a solid one, built on years of collaboration.

West End residents are not the only people Cody has gotten to know and love by cutting hair. Her current husband, Kevin Cody, was a customer who doggedly asked her to go on a date with him. Eventually she agreed.

Cody also has six grandchildren and has cut the hair of every one of them, just as she cut her own children’s hair. Her first great grandchild, Hazely, is now 16 months old, and Glenda is determined that, despite the fact that the child’s mother is a cosmetologist, her great grandmother will get to cut at least a little of those locks when she’s old enough. It’s tradition.

Watching people grow as the time passes can be a burden too. In a retirement area, where many folks are in their later years of life, she has lost many clients who were also dear friends. And families move away and kids leave for college. But none of that hasn’t stopped her so far, and it won’t any time soon.

Everyone jokes that when she does retire, there will be no one who can do their hair like Cody does. She’s on the same page.

“People ask me when I’m going to retire and I say, ‘I’ll quit when you come in here and find me lying on the floor.’”