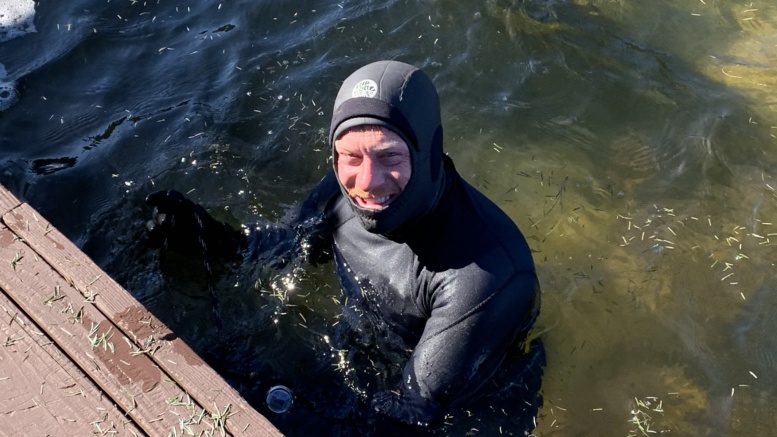 This annual fish habitat project provides the lake’s small fish with protective cover to escape from larger predator fish and contributes to increasing the lake’s fish population, both in size and number.

Twenty-three volunteers signed up for this year’s project.  Seventy-two trees were delivered and prepped on February 17th and placed under thirty-two docks on February 20th, including nine new locations.

Many homeowners, who have participated in the past, were turned down this year as there was no more room under their docks for additional trees.

Twelve community residents needed assistance disposing of their trees and were able to have their trees picked up and taken to the designated tree drop area.  LASC volunteers providing that help were Tom Gaffney and Don Smith.

For the first time, there were four men, aka “The Divers”, willing to enter the forty-six degree water to place and secure the trees under the docks.  Ethan Martin and Jeff Timmons donned their diving wet suits and joined Ryan Scott and Dan Pieron in the water.

Thanks to all the volunteers for a job well done and to the lakefront homeowners who participated this year and in the past to make this program possible.