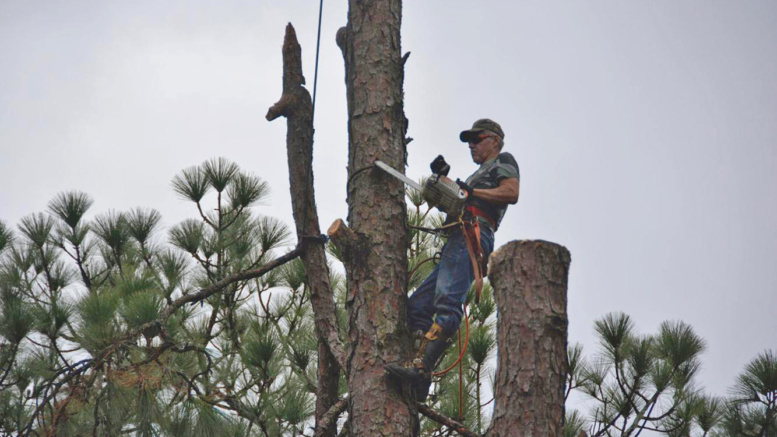 A bill that would trim back local governments’ authority to regulate the removal of trees from private property has resurfaced in the General Assembly.

State Rep. Jamie Boles, who represents most of Moore County, is one of the primary sponsors who introduced the bill. Titled “Property Owners’ Rights/Tree Ordinances,” the bill is similar to one introduced in April 2019 that listed state Sen. Tom McInnis as one of its co-sponsors.

The earlier bill drew support from developers, while opposition came from both environmental groups and organizations like the N.C. League of Municipalities that framed it as an attempt to arrogate the authority of local governments. But it was hastily withdrawn from consideration due to a nearly even split on the issue among legislators.

The bill now under consideration comes amid Pinehurst’s ongoing revision of how its own development ordinances deal with clear-cutting and buffering on residential lots. Like the previous version, the legislation would also prevent cities and counties from adopting ordinances to protect trees from development unless they receive explicit authorization from the General Assembly in the form of a local bill.

Counties and municipalities’ existing tree ordinances would be invalidated under the proposed legislation, with the exception of the 40 or so where those ordinances have already been adopted with General Assembly approval.

Pinehurst has long sought ways to regulate the clear-cutting of lots for new homes and developments, which emerged as one of village residents’ prevalent concerns in the comprehensive land use planning process. The village already has standards on the books for tree planting and preservation in association with new development, whether new subdivisions or individual homes built on “infill” lots.

Rewritten ordinances under consideration would regulate clearing and grading through a permit process that requires a tree survey of the property. They would also introduce a new system for determining the minimum number of trees that must be planted on residential lots based on the linear footage of the property’s front, rear and side yards rather than the overall lot size.

Also written in are incentives to save existing trees through a system of credits for more mature specimens that remain on building lots.

Boles described the tree ordinances in Pinehurst and other towns around the state as excessively burdensome on residential property owners.

“It’s not necessarily just Pinehurst,” he said. “It’s a bipartisan bill, and there are others around the state that have signed up on it because of their municipalities.”

The village is still working on the specifics of any new requirements after residents and home builders offered in-depth critiques during a public hearing last month.

“Our buffering ordinance has been under considerable review for a while, and we want to make sure it will be the right thing for Pinehurst,” said Mayor John Strickland. “We’ll continue to research that and come up with some final proposals in the near future. We’re not going to rush anything through and we want to make sure we fully understand the impact. We’re not done with it, and we still have some issues that we’re still considering.”

In their most recent discussion of the tree and buffering ordinances last month, council members had differences of opinion over the specific requirements for tree spacing and whether different standards could be applied to different-sized lots. Councilwoman Lydia Boesch expressed fundamental concerns with the premise of the ordinance.

“I’m just not sure if this ordinance is encouraging the preservation of trees on private property, or is it going more toward dictating or requiring,” she said. “Are we doing things that are private property issues? I’m really wrestling with that.”

But legislators argue that Pinehurst and other municipalities who have taken a similar approach are exceeding the scope of the authority granted to them by the state.

“That’s our interpretation,” Boles said. “The municipalities feel like they do have the authority, and they’re lumping it under the ‘buffer’ ordinances. A lot of the municipalities, the General Assembly feels they are overstepping their boundaries, so this just gives clarifications.”