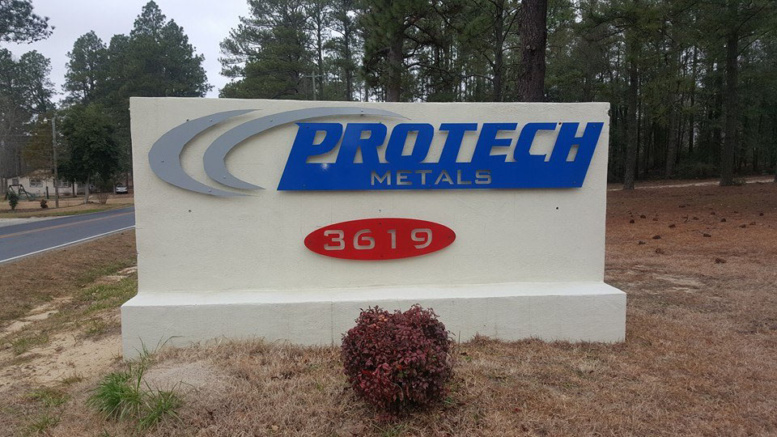 When Rick Hall moved to Moore County in 1975, the Pinehurst Blacksmith Shop was owned by Bud Monroe. Bud had been working at the shop, opened by his father in the 1920s, since he was old enough to push a broom.

Rick soon learned a bit about blacksmithing in high school, and a teacher set him up with a job at the Pinehurst Blacksmith Shop.

“I started working for him half a day,” Rick said.  “I just loved it. Bud is one of those people who, when you meet him, you won’t forget him.”

Bud wanted to pass on the Blacksmith Shop, as his father had done, but he didn’t have a son to take it over. Unbeknownst to Rick, Bud was preparing him for ownership.

“Bud was thinking of retiring. Next thing I knew I owned the place,” said Rick, who assumed ownership in 1996. “He stayed with me a year or so — I had never owned a business that size before. I bought it from him and grew it.”

Rick created a sister company, Protech Powder Coating, which powder coated products that were then exported to larger companies. In 2005, he combined the businesses, added more services, and changed the name of the company to Protech Metals.

The company currently completes projects for the Department of Defense and companies like Honda and Caterpillar, but stays true to its original mission with services like ornamental iron work, handrails, gates, horse hardware, barn doors, powder coating, and sandblasting.

“I still get calls today asking if we shoe horses,” Rick said.  “If grandma needs a frying pan fixed, we can do that, too.  You’re never too big to remember your roots.”

Rick’s favorite part of the job is problem-solving, whether he’s designing new products to meet the needs of his customers or drawing blueprints for a customer’s next “million-dollar invention.”

“About 98 percent of them never come to fruition,” he said.  “But as Michael Jordan says, ‘You miss 100 percent of the shots you don’t take.’ There might be that one person who comes in and makes me rich.”

“It’s a family-oriented place here; some have been here 20 years,” Rick said.  “I am not Protech Metals, these guys are.  They get it done, and they do it right.”