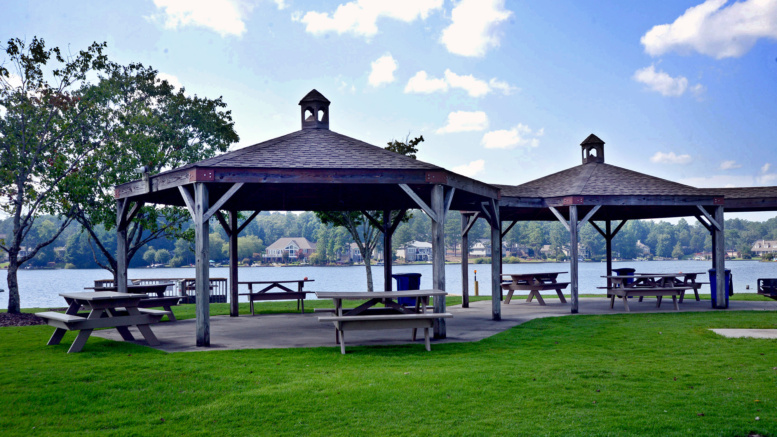 BY JOHN A. NAGY

Seven Lakes West property owners would see a $250 increase in dues under a budget presented by the association board on Tuesday, Dec. 7.

The proposal would raise annual dues to $1,550 for the fiscal year that begins May 1 and raise fees on a number of other services and amenities to cover the $3 million proposed spending plan. The current budget is $2.65 million.

The budget must still be reviewed and approved by the board at meetings later this month and next and then be voted on by property owners at the annual meeting in March.

“This budget has been put together by a lot of community members,” board treasurer Lois Ann Eisel said in opening her presentation on the finances. The association’s various committees all weighed in with spending priorities for the coming year.

As proposed, the new spending plan allocates $1.93 million for operating expenses and $1.16 million for capital expenses.

The finance committee started the budget process with more than $4 million in operating and capital expense requests. “Way too high,” said Eisel, showing that honoring such requests would cause property owners’ dues to virtually double.

In most cases, rather than eliminate funding totally for most projects, the committee left seed money in the new budget, with the expectation that fuller funding could come in later years. For instance, improvements to Johnson Point and the front gate are proposed for $25,000 and $50,000, respectively. Those amounts were reduced from the original requests of $150,000 for Johnson Point improvements and $100,000 for the front gate because plans have yet to be developed for the work.

Looking at revenue increases, adding $250 a year to an individual property owner’s dues would net an additional $320,000 a year, Eisel said. Other proposed increases:

Eisel said the board would look into the possibility of allowing property owners to split their dues payments into either quarterly or monthly installments instead of the annual payment in place now.

Eisel said the finance committee looked at what a “bare bones” budget would entail, to see if it could result in more savings. When amenities were taken out, she said, they reduced the budget just 8.6 percent.“

It didn’t save us a whole lot,” she said.

The budget goes before the full Seven Lakes West board on Tuesday, Dec. 14 for a first review.