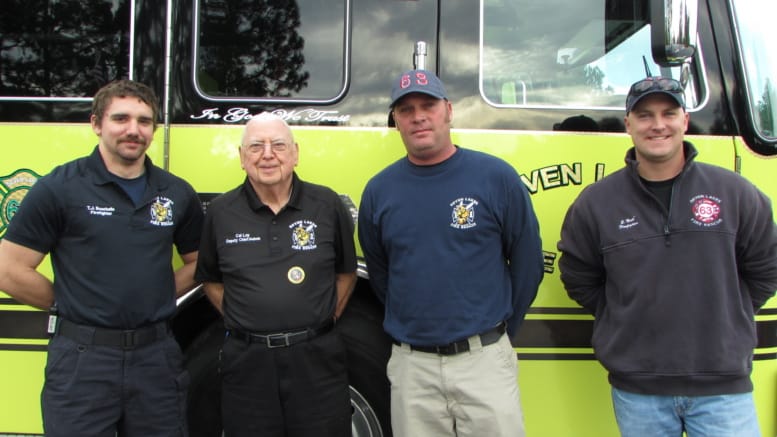 There is no longer a Seven Lakes EMS station.

This merge was originally suggested by the Volunteer Fireman’s Insurance Service [VFIS] while conducting a study for Moore County Emergency Services and making an improvement list for the Fire Department.

The study concluded that each region of Moore County would have its own Fire Commission one representative. It was also noted that Seven Lakes EMS would be losing funding from the county and would possibly lose the ability to function as a station.

With this information, it was decided that it was in the best interest of the community for these two stations to merge.

In 2015, the board of directors for both the Seven Lakes Volunteer Fire & Rescue and Seven Lakes EMS worked together to make the merge a success.

On September 21st, the president of both boards signed the merger contract to officially combine the two entities into one single station, all falling under the authority of Fire Chief Chris King.

What does this merge mean for the community?

Chief King, who officially became Fire Chief July of this year, believes this merge will benefit the community.

There are currently about ten EMT certified responders. Chief King hopes to hold a class next year to allow more staff and volunteer members to become certified.

“We [plan] to continue providing the best customer service possible to the citizens we serve,” Chief King said. “[We] hope to continue moving forward with our efforts.”