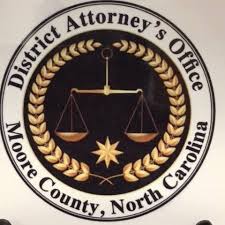 The following article was sent in by Maureen Krueger and does not reflect the views of The Seven Lakes Insider.

In 1996, the Moore County District Attorney’s Office was redistricted to free it from a long-held Democrat stranglehold.
Arthur Donadio was part of the prosecutorial team put together to rid Moore County of the good ole boy wheeling and dealing. I was also part of this team.

There were significant obstacles as defense attorneys openly longed for the days where they could cut deals on the golf course or on fishing trips. Together, we prosecuted thousands of cases of all types: murders, rapes, robberies, driving while impaired and many, many more.

Donadio was promoted to the Senior Assistant District Attorney position in Montgomery County.  Not only did Donadio run the office, he personally tried all of the jury trials, including serious felonious such as murder.
We both eventually left the District Attorney’s Office for private practice. Donadio became one of an elite group of attorneys in the State qualified to handle Death Penalty cases. He has taken to verdict – not just plea bargained – numerous murder cases.

Returning to the District Attorney’s Office in 2019, Donadio immediately jumped in to the prosecution of serious felony cases and death cases . Shortly after his return, he prosecuted a Cumberland County man for Human Trafficking who was captured after an extensive FBI investigation into sex crimes in the area.

Moore County is on the precipice of merging again with a deeply Democratic county. As a part of this merger, Moore County has already lost two Republican Judgeships to Democrats.  All of the top Democrats in Hoke County are supporting Donadio’s opponent because they “cannot afford to lose this office”.

Donadio’s experience reflects a quality and depth that makes him best suited to be District Attorney. Donadio has a commitment to justice that rises not just out of his passionate fidelity to the Constitution, but from his first hand experiences with the innocent but wrongfully accused as well.
Donadio has a track record of successfully merging prosecutorial districts. Donadio has a track record of actual trials, not just plea bargains . Arthur Donadio is the clear choice for District Attorney. He has my full endorsement. 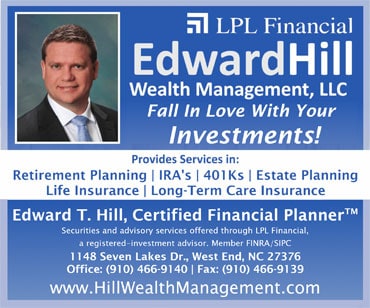