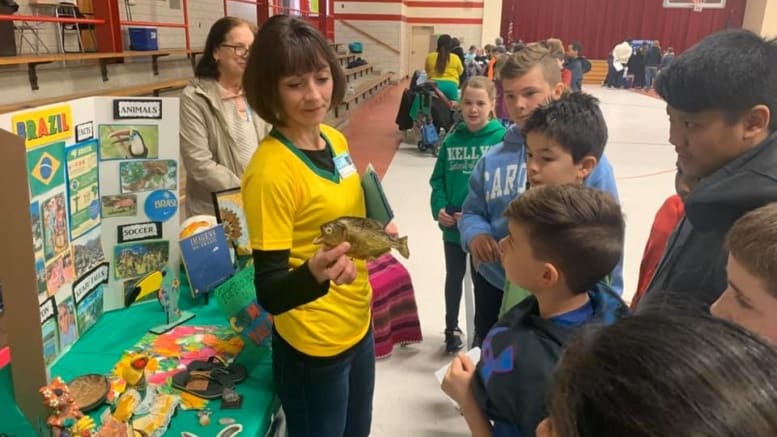 Over the course of two days, January 30th and January 31st, the West End Elementary School hosted a multicultural and multinational event for the students. With over 800 children in attendance, they were able to spend a portion of their school day going through time the class period, experiencing a variety of cultures.

With 15 countries being represented, each country’s booth was hosted by individuals at the school who had a connection from their own personal history, to that country’s culture. Many of the students were able also submit photographs from their own travels to other countries to also be seen by their fellow students as part of the cultural experience.

The students from each class that circled through were broken into small groups and able to spend a timed portion at each country’s station for the period of their specialist classes, normally hosted by their Music, Art, Media, and PE classes.

“We gave them all a passport that we had made,” said Vikki Crafter, the organizer of the event, “so the kids traveled the world while they were in West End!”

This is the first time that this multicultural and multinational event has been done at the West End Elementary school.

They are hoping to be able to continue this multicultural event in the future to encourage the learning about different countries throughout the student’s education.