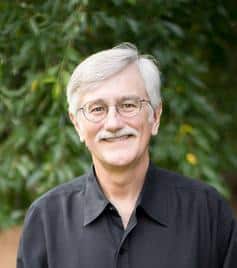 Seven Lakes Dentist Pete McKay has served the area for thirty years.  Several years after beginning practice in Seven Lakes, McKay started bike riding as part of a fundraiser for Multiple Sclerosis (MS).  However, most do not know the significance behind why he participates in these annual fundraisers.

McKay graduated from high school in 1973 and went to Wake Forest to study anthropology.  During his junior year of college at the age of twenty, McKay was involved in an accident while hiking and fell ninety feet off the side of a mountain.

“I thought I was going to die,” he explained.

Despite having a broken skull and multiple broken bones, McKay survived the fall.  He was brought to the hospital where he was treated with traction and manipulation of bones and muscles rather than surgery.

While resting in the hospital, McKay overheard the doctor telling his mother the possibility of getting McKay to walk again.  In the background, McKay heard the television broadcasting the Boston Marathon.

“I can remember deciding that I would run a marathon,” he said.  Little did he know that three years later, this dream would become a reality.

For two-and-a-half months, McKay lay in a hospital bed and was forced to drop all of his college classes.  However, one professor of Physical Anthropology, Dr. Dick McWilliams, refused to let him drop the course.

Dr. McWilliams had formed a bond with McKay and suffered from MS.  Instead of allowing McKay to give up the class, he had a graduate student come out to the hospital every week with lecture notes.  The student would even write his test answers down for McKay due to his broken arm.

“It made a really big difference,” McKay said.  “It wasn’t like I had to quit everything… He had MS, and he didn’t quit.  Maybe that’s why he did that.”

McKay finally went home from the hospital in March of 1976 to spend another two-and-a-half months in a special cast.  A couple years later, he found himself running the Master’s Marathon in Raleigh with running times comparable to those before his injury.

After the marathon, McKay also worked his way back into bike riding.

Although the injury took place over forty years ago, McKay still feels the lasting effects of the unfortunate event and has had twenty surgeries as a result of it.

“The damage is an everyday experience,” he said.  “Dealing with it is just something you do.”

After local Dr. Dave Casey provided a surgery on McKay’s knee after an infection, he asked if McKay rode a bike.  It would be the best and only physical therapy that McKay would do.

“[Dr. Casey] not only saved my leg, but he saved my life,” McKay said.

McKay was immobilized for months after the surgery and unable to do typical therapy.  Finally, he reached the point where he could ride a bike with the seat up as high as it would go.  Over a period of several months, he gradually lowered the bike seat, coaxing his leg into a wide range of motion.  A year and a half after surgery, McKay was able to extend his leg with his own power.

In 1994, one of McKay’s colleagues, Lyn Smith, talked him into doing the MS Tour to Tanglewood biking fundraiser with her.  Ever since that fundraiser, McKay has been a devoted bike rider for MS.

“It’s the unseen disabilities… People seem okay.  That’s part of the frustration of it,” he said.

Having been in the position of having limited motion over long period of time, McKay is sensitive to those who battle MS.

“The goal of the disability is to keep you from moving….  Being familiar with what that feels like; being serious about life.  So many things relate,” he said.

The situation became even dearer to him eight years ago when his wife Mary was diagnosed with MS.

Years ago, his step-daughters Megan and Kelly would help volunteer at the annual fundraising events.  Now that they’re older, they participate in bike riding events with him.  McKay also enjoys bike riding with his daughter, Kate.

“It all boils down to just being humble and trying to help people be better,” McKay said.

McKay rides for the fundraising Team Canterbury in Greensboro – led by Frank Harris whose wife also battles MS.  Since joining the team, McKay has met inspiring individuals who fuel his passion to continue with the fundraisers.

One woman who bike rides with McKay is a two-time breast cancer survivor.  MS caused her to lose her sight before it recovered in one eye.  Being in her sixties and two years older than McKay does not slow her down.

“You wouldn’t know it if you saw her,” he said.  “She could leave me in the dust; she’s amazing.”

During his last ride, McKay raised about $11,500 for the fundraiser.  For their next ride, Team Canterbury is on track to raise one million dollars.

All funds that are raised from now up until the bike ride will count towards McKay’s 2018 fundraiser.

For those who wish to sponsor McKay with this fundraiser may donate at his office at 120 Grant Street in Seven Lakes.  Donations may also be made at main.nationalMSsociety.org.  Click on “donate” and type in Pete McKay to sponsor him.

For those who want to learn more about McKay’s story or MS, please call Pete McKay at (910) 673-0113.  For more information about his dental service, visit www.drpetemckay.com.

A Trip Worth Taking