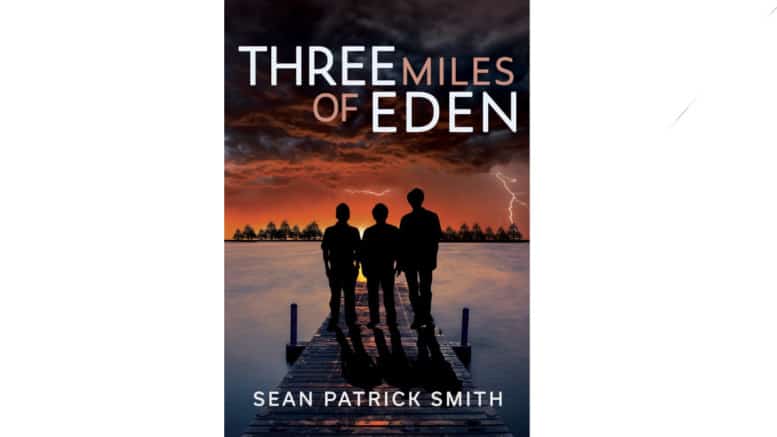 Local author Sean Patrick Smith has found his claim to fame within the Seven Lakes community following the release of his novel Three Miles of Eden.

The novel, which predominantly takes place in Seven Lakes, features familiar locations and brings a shroud of mystery to an otherwise quiet community.

“The local feedback has been overwhelmingly positive,” said Smith. “Everyone really seems to love the story. I was concerned they would only like it because it’s set in their own back yard, but everyone has really connected with the story itself.”

According to Smith, he has received countless messages from local fans who have explored the community to look for locations specifically mentioned in the book.

“That was one of my goals—to get them engaged,” he added.

Smith genuinely appreciates the community’s enthusiasm for his novel.

“It’s not just a story to read, but something that’s ours for the rest of our days, for years to come,” Smith said. “People will move here and locals will ask them, ‘have you read the book?’”

Fans of the first novel will be excited to hear that Sean Patrick Smith is currently working on a sequel.

Though he is unsure of how long it will take to complete and publish the second novel, Smith has confirmed that there is already an outline and a chapter or two of Cerberus.

The continuation will catch up with the remaining McCarthy family and friends, but in a new light.

Three Miles of Eden follows the story of a narrator whose best friend has mysteriously passed away. While writing his novel, Smith’s real-life best friend also passed away. Though he had not initially been the basis of the friend in the novel, his passing provided emotional fuel and inspiration that Smith could pour into his writing.

Smith recently guest starred on the podcast “Other People’s Shoes” where Three Miles of Eden was featured as one of their favorite books. Additional blog posts, short stories, and assorted forms of media are available on the author’s website, www.seanpatricksmith.com.

Physical copies of Three Miles of Eden are currently available at The Country Bookshop in downtown Southern Pines. Additionally, physical copies can be ordered online through Books-a-Million, Walmart, and Target and shipped directly to your home or the store. Those with a digital library can opt to purchase the novel digitally through Amazon.