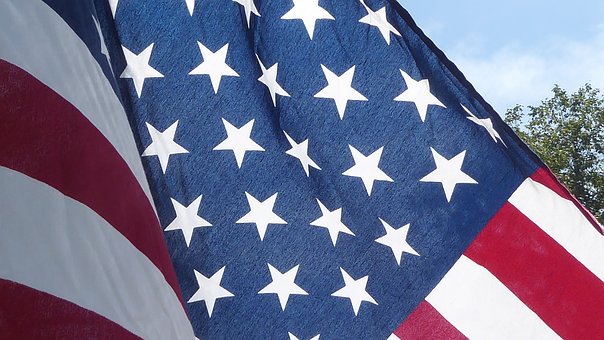 The wider Seven Lakes community will be full of festivities for July 4. But residents of the North/South-side Seven Lakes will be seeing some changes this year.

The elephant in the room is the lack of fireworks. While Seven Lakes West is still hosting its normal show on July 3, North and South-side SLLA board members have decided against it.

When people learned they were cancelled, there was an uproar in some circles. One concerned party who wrote to the Seven Lakes Insider said she worried that the firework show was such a big part of what makes SL special and that, without it, the real estate value in the area would depreciate.

SLLA president Steve Sykes, responding to questions via an email to The Insider, cited a few reasons for this year’s change.

“The SLLA board did not feel the community would be interested in a less-than-8-minute show at a cost of over $10,000,00 and it also would not show fiscal responsibility on the board’s part by doing so,” he wrote. “Plus it’s always a big problem at the gates, people parking on the dam and the individual fireworks still happen anyway — which I was told were spectacular last year anyway, I was out of town, so I have no personal knowledge of such just what I was told by individuals of the community.”

So while the sanctioned fireworks won’t happen on the North/South side, there are other exciting new developments in the works.

“The Olde Fashion Festival” will be introduced outside of the Northside Community center immediately following the boat parade on July 4. Tables will be available to residents to showcase and sell homemade crafts and artisan goods. The only requirements are that participants be Seven Lakes residents, that they reserve a table ahead of time with Sarah Casey at sarahcasey6@gmail, and that they bring only handmade items.

“Along with games, watermelon eating and rooster crowing contests, we wanted residents to be able to find other residents with common interests,” said Casey, a devoted member of the Recreation Committee. “We thought this would be a perfect time for resident artisans to strike up some conversations and maybe make some new hobby groups within the neighborhood.”

Lastly, the golf cart parade will also be opening up to people without carts.

“My heart broke when I had a girl about 9 years old tell me she couldn’t be in the Christmas Golf Cart Parade because her parents didn’t have a golf cart,” said Casey. “That is when it struck me that the parade, completely without intention, might be excluding some wanna-be paraders. So we decided to open it up to just a parade — by golf cart, trailer, feet, bicycle, horse..whatever.”

A change in vehicles means a change in route. For those using slower or human-powered transport, a shorter course will be on offer. It will follow across Little Jupiter Dam (Millstone Road) and finish at the Northside Clubhouse. Faster, long-haulers in golf carts will continue past the clubhouse and run their traditional Firetree Lap.

Casey, who has lived in Seven Lakes for two years this July, is concerned about people’s response to these changes.

“It’s kind of nerve racking,” she said. “I worry we will go through all the work and planning and it will either rain or there will be no interest. I hope we have a huge turn out and can grow it each year to something that the entire neighborhood looks forward to.”

Across N.C. 211 in Seven Lakes West, the community plans to have its usual fireworks show, shot from Pine Island on Lake Auman, beginning around 9 p.m., depending on darkness.

A boat parade will be held on July 4. Boats are scheduled to assemble around 10:45 a.m. at the east side of the dam. Boat owners are asked to decorate their boats in festive red, white and blue adornments.

The parade will begin at 11a.m., led by Stan Makson’s pontoon, and will go counterclockwise around the lake, which is different from previous years. The tour will take approximately an hour. If you will be watching from Johnson Point, be there around 11:45 a.m.